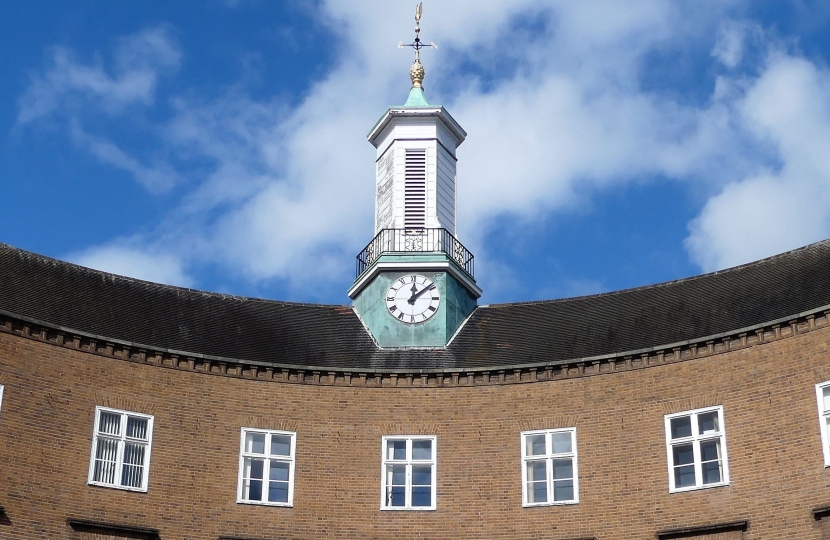 In a letter published in the Watford Observer, Watford Conservative Chairman Matthew Cawthorne condemns the mistakes being made by the Lib Dem Borough Council. Their administration in Watford is "tired and has run out of good ideas". He lists some of their most glaring mistakes: the over-development of the town by imposing 28-storey high-rise blocks of flats on local residents, the tax on gardening, the marginalisation of our historic market, to name but a few.

He notes that the Lib Dem group in the Council is falling apart, following a similar story in neighbouring Three Rivers. Three councillors have left the Watford Group either by resigning as Councillors or becoming independents. Rumours of 'bullying' within the Group have swept the town.

"There is an end-of-era smell about the local Lib Dems" Matthew notes, which explains "a sense of desperation" in their current local election campaign.

The letter in full:

"We are well used to the Liberal Democrats’ persistent drive to turn Watford into a single party town. Perhaps they draw campaigning energy from frustration at being marginalised at the national level. There is no denying that they have been well organised and effective on the narrow stage of local politics at building control of the Town Hall. Sadly, however, they waste this advantage making silly mistakes: imposing a tax on gardening that affects poorer households disproportionately, making a mess of Watford Junction station (which still has no drop-off zone), ruining the High Street pond and turning our historic charter market into a white elephant.

Now we see from the council website that Stanborough’s Cllr Keith Crout is suddenly an Independent. Although this has previously happened further away from the town centre - up in Gade (a Three Rivers ward), for example, Alex Michaels and Joy Mann have shed their yellow party affiliation in the past year - party discipline in the borough has until now been firm. And isn’t Nascot supposed, like the other wards, to have three councillors? Now it’s only got two! The local LibDem leadership appears to be faltering. In the end every empire crumbles, and Romans or Greeks the Lib Dems certainly are not.

There is a sense of desperation in the current campaign. Why else would they have delivered their leaflets through every lockdown? Now, thanks to our government’s success in rolling out a world class vaccine programme, Watford Conservatives have resumed campaigning.

We are getting positive feedback from the people we talk to, as well as a sense of fatigue that Lib Dems invariably try to claim credit for everything good that happens in our town. For example, their campaign literature boasts of success in addressing homelessness, but omits to mention that the extra funding was actually secured by our Conservative MP. They also blame their failures on others, stating that the giant tower blocks approved by the council have been imposed by Conservative government targets. Although it is true that Watford, like other towns, has to build its share of new houses, nowhere does the guidance specify building 18 storeys higher than the highest Hertfordshire Fire and Rescue ladder can reach.

Watford’s leadership needs challenge, fresh ideas, co-operation with rather than opposition to the MP and most of all respect for our town, its heritage and residents, instead of finger-wagging condescension. Some of the more sensible Lib Dem councillors seem to have realised that the local party is tired and has run out of good ideas, and are starting to vote with their feet. If so, there may be more to come; there is an end-of-era smell about the local Lib Dems and their house of cards may come tumbling down. Watford Conservatives are looking forward to challenging their stale ideas in the campaign for the forthcoming local elections on May 6."

The Commonwealth, G7 and NATO Summits