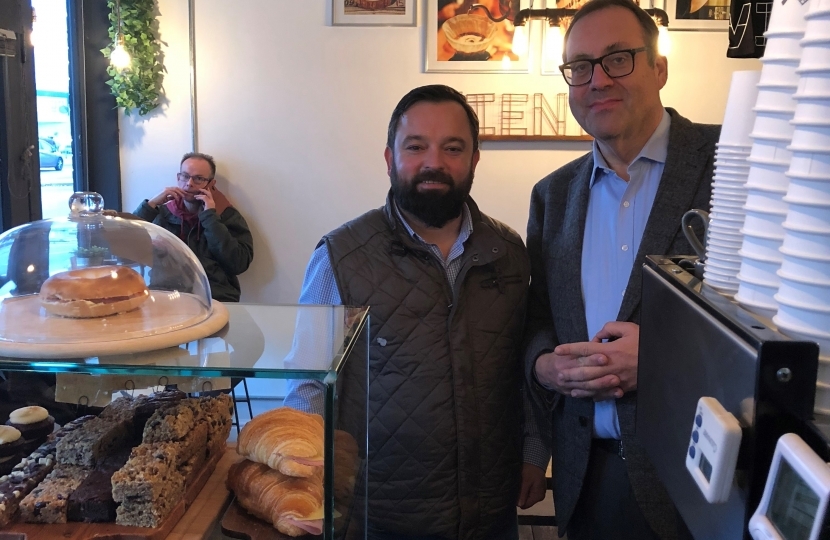 ·      An estimated £812 million was spent with small businesses across the UK on the day.

·      This was an increase of 8% on Small Business Saturday last year.

·      Both #SmallBizSatUK and #SmallBusinessSaturday were in the UK’s top five Twitter trends throughout the day.

·      More than 250 small business organisations supported the nationwide initiative, including the Federation of Small Businesses.

·      Politicians including the Business and Industry Minister, Richard Harrington, the Prime Minister and the Chancellor of the Exchequer all publicly supported Small Business Saturday.

Small Business Saturday also drew high engagement on social media. Tweets sent on the day reached more than 100 million people, with #SmallBizSatUK and #SmallBusinessSaturday trending in the UK’s top 5 throughout the day.

“I’m a big supporter of Small Business Saturday as I think it’s important that our community shows support for local businesses like Viento Coffee Company on St Albans. As a former business owner myself, I understand what it’s like to be competing with the bigger giants and so I want to encourage spending at some of our more independent companies too. It’s great news that so much money was spent at small businesses on Saturday, and hope that we can continue to support local businesses, particularly during the festive season.”

“In its sixth year, Small Business Saturday has once again captured the hearts and minds of the nation, boosting spending with Britain’s small independent businesses. It has been a challenging year for the high street, and so to see the amount spent on Small Business Saturday yet again is fantastic. Year-on-year, small businesses prove their importance to their communities, and consumers up and down the country respond with incredible support for and engagement in this important campaign.”

To further ease the lockdown, all non-essential retailers will be allowed to reopen from 15th of June in England.