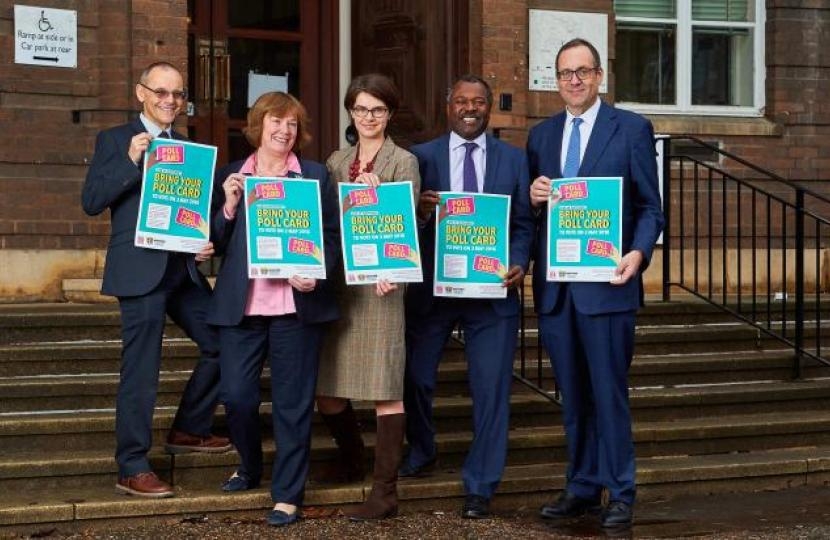 The new rules means that everyone voting at a Watford polling station at this year's elections will need to bring a poll card or a form of ID.

"It's important that people have confidence in our democratic processes. The current situation of people simply pointing out their name, without having to prove who they are is out of date. It is harder to collect a parcel than it is to vote in someone’s name, and that can't be right!"

I was pleased to welcome Chloe Smith to Watford today to discuss how the pilot is going. I actually pushed for Watford to be chosen as one of five councils trialling the Government's new voting rules- aimed at reducing voter fraud.

Watford Council and the Cabinet Office will review the evidence, once the pilot is completed, and hopefully this will be rolled out nationally."

"I'm delighted Watford has volunteered to take part in piloting the use of ID at the Mayoral and local elections in May and it's great to hear more about the council's plans.

"By taking part in this pilot, local residents are helping us test ways to safeguard against electoral fraud with the possibility of rolling out ID in polling stations at future elections.

"We already ask that people prove who they are in order to collect a parcel from the post office, rent a car, secure a mortgage, or travel abroad so it's right that we should go further by taking the same approach to protect voting rights."

The trial is likely to be the first in a series of pilots to allow the Electoral Commission and Cabinet Office to evaluate the impact of asking for ID before a decision is taken on whether or not to roll it out nationally."