Petition to Save Meriden Businesses 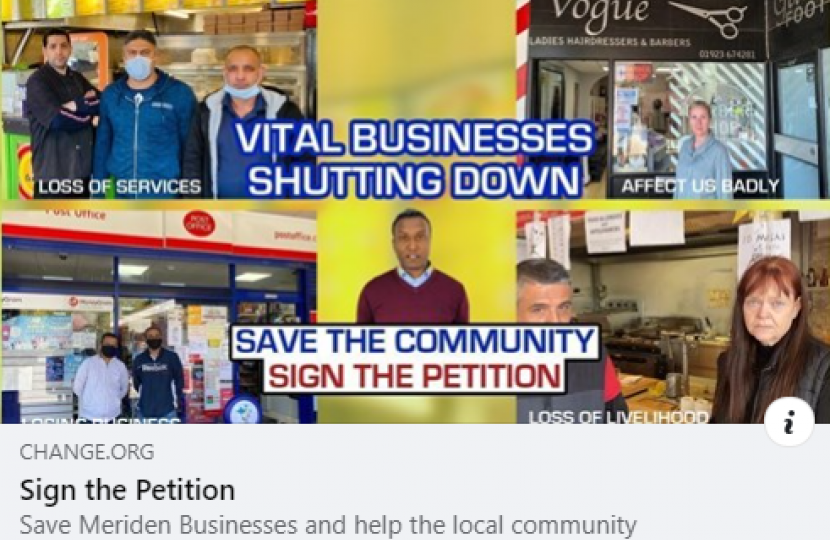 Save Meriden Businesses and help the local community:

The regeneration project in The Meriden, Garston was approved by Watford Borough Council in October 2015 despite protests by all local Residents.  Watford Local Government and Watford Community Housing informed all these businesses at the time of their compulsory purchase order that all shops would be able to move into their new premises at the same time as closing their old ones, just as the Co-Op will be doing.

These Small Businesses serving the Local Community in The Meriden Parade, are having to shut their doors and remove all equipment and stock on 30th April.  They have served the community for several decades and have been advised that it will be several months before the newly built shops will be ready for them to occupy and reopen and this comes directly after several months lockdown where most were shut.

They are being forced to close, but the buildings they occupy will not be demolished for months.

These businesses do not have the financial capability to absorb more huge losses after those incurred during lockdown and the majority now face the threat of being permanently closed.

Permanent closure will not only affect the owners of these shops, their employees, and the local economy, but it will also adversely impact the local community who have relied on their services for decades.

We call on the Watford Borough Council, the Watford Mayor and Watford Community Housing to allow these businesses to continue operating until their new premises are ready for them to occupy.

Petition · The Watford Borough Council: Allow the businesses to continue to operate and serve the local community · Change.org 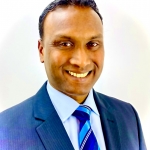 Candidate for the Meriden Ward

The Watford Association has an active local branch in Meriden Tudor.

The branch is currently working to back Prashanth's petition to help save the shops badly affected by the re-development of The Meriden.