TOO BIG! It is time to hold the Lib Dem Council to account 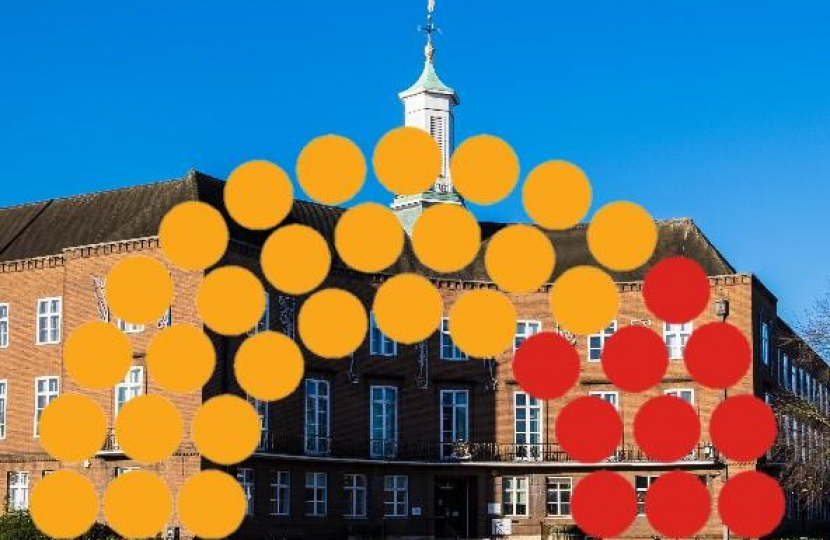 The Lib Dems have dominated the Borough Council for too long. As their Group is so big (see graphic - membership as when Councillors were originally elected) they are not properly accountable. Most residents of the Borough don't even realise the Council has become a virtual 'one-party state'.

Being too big means they are losing touch and not defending your interests. They are getting so complacent they don't even bother to challenge key housing applications such as those for Taylor's Towers.

The Mayor has lost sight of the boundary between his role as the town's elected Mayor and his campaigning work as a party activist. He uses social media posts - which should really just be about his work as mayor - to promote his party. He uses the same social media accounts to invite applications for small grants for the voluntary sector during election periods, blurring the distinction between his personal campaigns and the public interest.

We need a strong group of Conservative councillors to join the Council to restore the vibrancy of Watford's local democracy.