TOO TALL! Stop the over-development of Watford 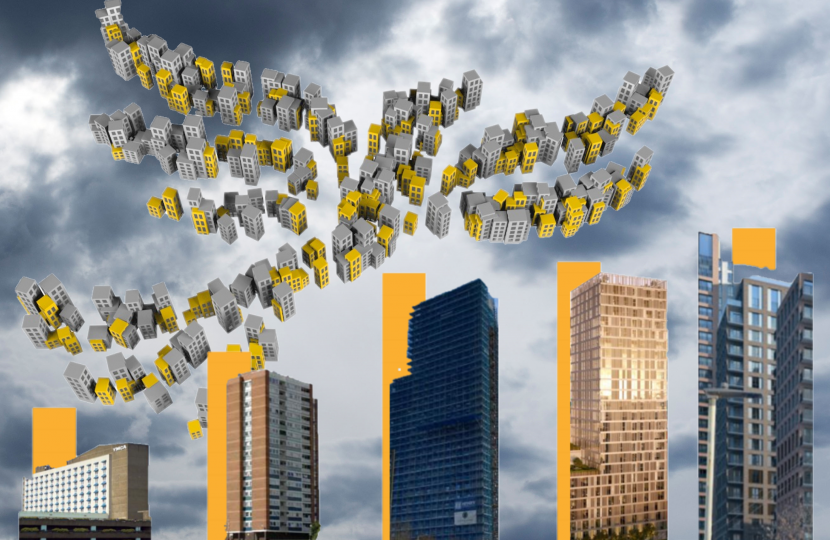 The Lib Dem local plan envisages the construction of many more Taylor's Towers from the High Street, up Clarendon Road, past the Junction station and down St Albans Road.

For years, our town has been dominated by the YMCA building and the Meriden towers (buildings on the left of the photo - the yellow bars show the relative height of all the towers) but they will be dwarfed by the new buildings envisaged by the Lib Dem administration - buildings they didn't even bother to oppose during the planning process.

A Binita Mehta-Parmar, the Conservative Candidate for Mayor says, "Our pleasant historic market town is being increasingly urbanised. Without determined actin, we will just be absorbed into the sprawl of London. Working with my colleagues in both the Borough and the District, we have a plan to stop the damage before it is too late. We must defend our green belt and stop the blighting of our skyline with towering new high rise flats and offices."